The Vostok Amphibian Crucible  – War in The USSR 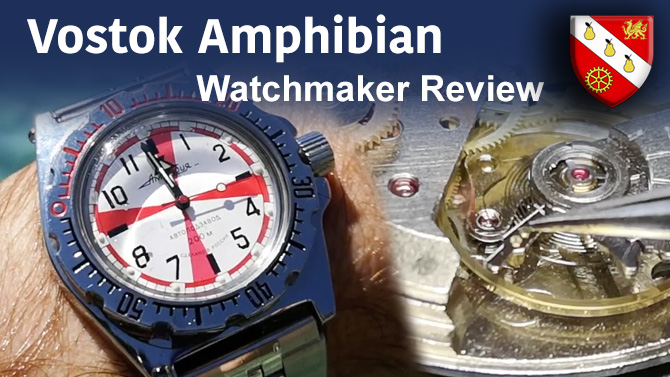 In the late 1920s, long before the first Vostok Amphibian was created, whilst America was criminalising alcohol and western girls bobbed their hair, in the east Joseph Stalin was creating strategic plans for the embryonic Soviet Union.  He had realised that the great nation that he led did not have the capacity to create wristwatches for its people.  At this time ‘five year plans’ were order of the day, but how were the comrades ever going to complete these plans if they couldn’t even tell the time of day?  Stalin was not about to become dependent on other nations to provide these vitally important tools so he initiated a strategic plan to create a Soviet capacity for the creation of watches; tool watches for the comrades! 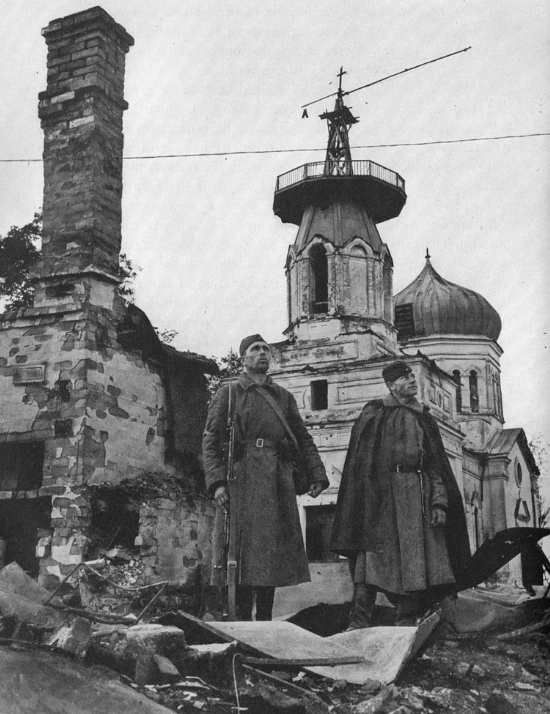 These watches should tell good time and be tough.   The creation of several production facilities followed quickly on the heels of Stalin’s directives.  The First Moscow watch Factory (FMWF) was created with help from a surprising source, the Dueber-Hampden Watch Factory in Canton, Ohio, USA.  The Soviets spotted the opportunity that the sale of this asset presented and a delegation snapped up the factories assets, 21 of its talented staff and took the lot back to Moscow to start the Soviet dream of being self reliant on timepiece production.  A second factory was soon also created which was brilliantly named The Second Moscow Watch Factory (SMWF) and it was this factory that was several decades downstream to produce the first Vostok Amphibians.  But not in Moscow, Hilter’s advancing forces in the Autumn of 1941 caused the evacuation of the SMWF to a place called Christopol, out of range of the german guns.

So the context of the creation of a facility for the production of a Soviet Dive Watch was turbulent and forged in the fire of war.  Watch production requires calm and peace.  It is no accident that the Swiss are neutral in world conflicts.  As the Russians know to their cost it is not possible to design and fabricate a delicate flyback chronograph mechanism with mortars landing in the front yard.  It would be some time until they would get around to the Amphibian

Once in Christopol production settled back down and a couple of decades after the end of WWII there was perceived a need for a new dive watch for the Soviet Navy.  In 1967 the Vostok Amphibian production began to fill this need.  It was, and is, a watch with several design features that suited it when to performing in the harsh high pressure under water environment.  In the review that follows we put those features to the test.

You can see me actually conduct the testing of the Amphibian in this video which I recorded for my YouTube channel.

How I Evaluated the Vostok Amphibian

This review takes my standard format for reviewing a watch.  As with all of my watch reviews I use the following categorisation to break down the inherent complexity of the review. 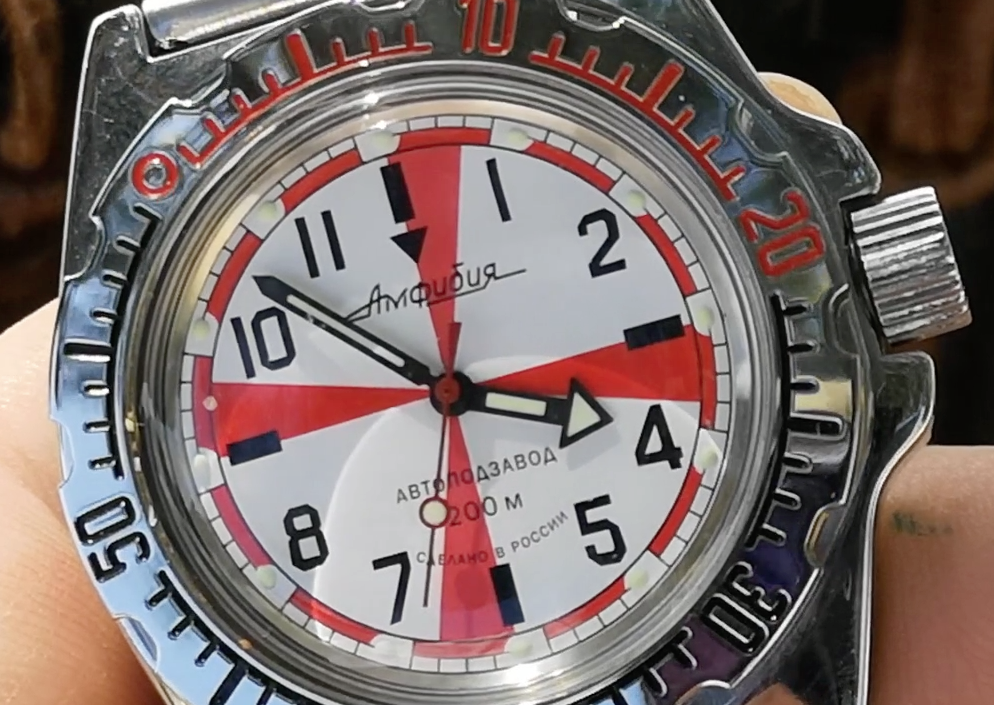 The movement inside this Amphibian reference is the 19800 vph Vostok 2415 which is an automatic movement with no complications.  I have to say that I really liked this little movement by Vostok.  The balance looks wide for the footprint of the movement and everything looks business like and highly functional.  Granted there is no real attempt to make the movement look pretty but then there is a certain honesty in that, the movement exists to power a workaday, inexpensive watch with military origins so hods of damaskeening and gilt engraving would not really be expected.

As far as performance goes, and you will not find this information in the video as I did not film it at the time,

The performance in all five positions was …..

These figures are really pretty impressive for an automatic (mechanical) watch at this price point.  The only thing that stands out in these results is the significant amplitude increase in the Dial Down position.

The bad news is that with the Vostok 2415 there is no balance hack.  This is pretty disappointing as both are key features in my opinion and it was this lack of  these two ‘pretty standard for modern watches’ features that dragged the score down for the movement

A Hacking Hack to The Rescue!

So maybe all is not lost with the ability to accurately set the time.  With this particular reference it was possible to stop the second hand by setting the watch into the ‘time setting’mode (ie with the stem pulled right out) and pulling out gently still further on the crown and applying a little clockwise rotation (ie turning hands anti-clockwise).  It’s a bit tricky to do and set the time as well but I guess if practiced it will, after a while, be a pretty effective work around.

The Vostok Amphibian has an unusual design of crown and stem in that the crown is allowed to pivot around on the end of the stem and not pushed out straight via an integral spring as is normally the case.  This actually works surprisingly well and has the added advantage that it seems significantly easier than normal to reseat the crown on the pendant tube thread.

Also the winding action is nice and positive and there is a reassuring sense of contact with the winding pinion.

The case is really very nicely done in stainless steel.  The design of the case back is especially impressive and it involves a solid case back driven down onto a nice wide rubber gasket with a threaded securing ring.  This again is a deviation from the more standard one piece threaded case back but it seems to work very well and the pressure downward on that nice big gasket seems to indicate that the watch will happily meet the 200 meter waterproof rating.

The bezel to me was a bit of a disappointment.  Maybe my particular piece was shipped without sufficient friction in the retaining spring but I found this bidirectional bezel, without clicking action, to be a little tinny and feeling like it was not up to the job.  Also the colour in the insert was not quite right.

The crystal did not get much coverage in the video but inspection with a loop shows a very nicely fitted domed acrylic which is very clear and suits the feel of the watch extremely well.  Feedback in the video comments indicate that the Lucite crystal has very fine tolerances and assists greatly with the reliability of the waterproofing.

The bracelet is ‘a bit rubbish’.  It works but on this model there is no safety release clip and the construction is pretty poor.  There’s lots of cheap folded metal and not a solid link in sight.  The deployant clasp is just three pieces of pressed metal and has a rudimentary construction.  I was probably generous with my scoring on this and yet it only achieved a score of 6 out of ten.

The lume on this watch is also pretty good.   I do not include images in this article as I think it comes across better in the video and if you follow the link below it will take straight to this section in the video ..

High levels of water resistance are embodied into the design of this watch.  The back is designed so that as water pressure increases it actually forces the back harder on the rubber gasket which is super elegant and effective.  The crown screws down nice and easily and being wide it is easy to apply enough torque to keep the moisture out.

These design elements do however need to be properly implemented by the watchmaker and user.  For my likely the back came of a little to easily on the watch that I received and I would like to see it torqued up a little harder, even better a torque rating given to the watchmaker to achieve after servicing.

There are a host of different styles that the Amphibian can morph to.  Pretty much everything is up for grabs when customisation is on the cards.  The dial, the hands, the strap or bracelet …. here are some example by kind permission of

I was given this watch to review as a gift so the value for money for me is pretty amazing.  But even the full retail price which is about $60 is amazing too.  This is a watch with a sound movement, it’s own look, a cleverly engineered case all of which makes it cool and resilient.

In summary I would rate the modern Vostok Amphibian a very nicely conceived watch for use under water.   Whilst it lacks some features the 2415 movement is particularly rugged and keeps good time, the case is  also very tough and the whole watch (maybe not the bracelet) is engineered to take a few knocks.

I hope you found this article useful and fun to read. 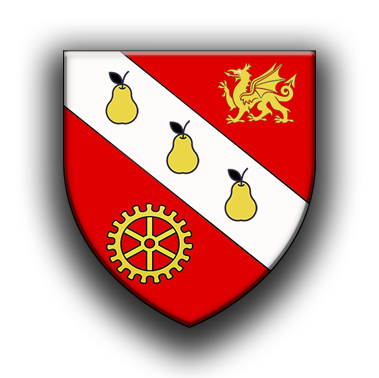 We use cookies with this website to ensure that we give you the best experience. If you continue to use this site we will assume that you are happy with it.Ok